BOLO
Be On The Look Out

People are looking for Darren Meade.  We need your help and you
need ours.  At the moment Darren Meade is being sued for $60,000,000.00 dollars related to reputation assassination for hire. He is implicated in a  criminal scheme for witness tampering and other crimes and misdemeanors.  He generally lurks in Craigslist hunting for employment opportunities posted for marketers.  In short order, if hired, he will create chaos and claim he is owed money for past wages and create defamation against you, your family and business in an attempt to shake you down.  Complaints have been filed with various law enforcement agencies.

His past employer, Ripoff Report accused him of extortion as have others.  This link leads to a video Meade created in an attempt to get more money from his former employer Ripoff Report.  This link is a written description by him. 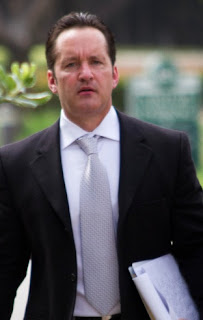 Darren Meade is generally unemployed/under employed and lives in homeless shelters or sober living facilities.  He creates an illusion of prosperity by hijacking copyright photos, in addition to claiming a well heeled address for his own when he does not live there.

If you are a female you need to know he has a past order of protection filed against him and was arrested by the Newport Beach Police.  It is alleged he used GHB, “date rape” drug, on multiple women he connected with through Facebook.

If you have seen Darren M Meade please contact me.  We want him to have his day in court.

Attached are items of interest to educate yourself about this predator:

Darren Meade likes to use biblical language to ingratiate himself to others and will likely go to places of worship or faith to target trusting people.  Bernie Madoff did the same thing and it's a usual tactic for conmen.

If you know where Darren Meade is call me and I will get the proper people and authorities involved. Don't be fooled into believing he is a victim.  He has no investigation experience, no license and no experience in journalism.  He uses the term investigative journalist as a ruse to harm people and avoid an extortion charge.  Anyone, like me, that opposes his criminal activities is defamed and threatened with false content in an attempt to stop justice from being served.

Take America Back from criminals like Darren Meade.
"Stand by the river long enough and the body of your enemies will float by".
On May 02 2020 Darren Meade died of a heart attack. His ashes were sent to his mother who may be the only person who will grieve him or not.

Posted by John Brewington at 8:12 PM